chargement
SUIVANT
The issue here was not so much historical as geographical. The disappearance of an asset like the Société Métallurgique de Normandie (SMN) can also create new opportunities which would help bring nature to the town. To identify the assets and potentialities of the site and, proceeding from these, to define what the future might hold. Here, no vast layouts, no “new town,” but the savage desire to connect and reconnect nature and architecture. To detect three significant locations: the valley site, the plateau, the ridge. Along the River Orne, a wide avenue planted with beautiful trees asks for nothing more than being bordered by the continuum of buildings that defines a town. On the plateau, traces of the former SMN facilities guide and prefigure the lines interweaving countryside and urbanisation. At the head of the valley, the layout of an old road that crossed the factory demands only to be linked to the neighboring areas of the town. To attempt, then, to draw what is most essential from each location. To devise a wide-ranging project that will blend the different activities and, above all, be able to introduce other types of relationship with nature. The project attempts to qualify the locations by giving them an identity, a future. The relationship between the plateau and the valley deserves protection, respect and enhancement. The problem is not an absence, but an excess, of ground. The redefinition of the town extends to the riverbanks and the hillsides and, from there, to the entire site. Dominique Perrault | 1996
client District of Greater Caen
architect Dominique Perrault Architecte, Paris
location District of Greater Caen, banks of the river Orne, Normandie, France
site area 250 ha
period of conceptional design and study October 1994 - January 1997

program
• creation of data base (studies - maintenance)
• urban analysis (history and geography)
• urban development schemes, working out of sections on the banks of the river orne, creation of the control map of the urban development and of the zooning (north-east of the city)
• creation of a new landscape in the north-eastern part of the district (with transportation map)
• development of the industrial areas which had been deserted after the disappearance of the iron and steel industry

Urban exploratory study for the creation of... 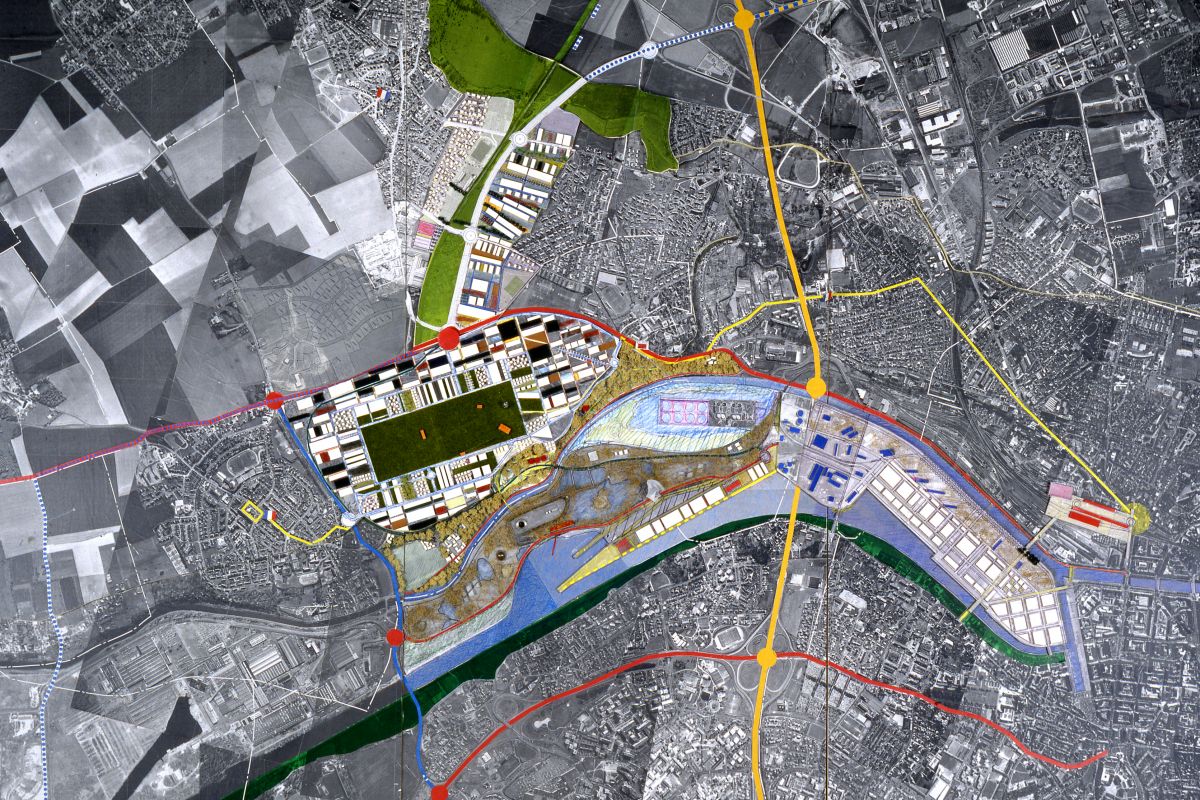