chargement
SUIVANT
In architecture, when we want to separate the outside from the inside we build walls and above them a roof and by this we draw a line between two spaces, one remaining open while the other is enclosed. It is the same when we represent the independence of air and earth. By drawing this ground line that separates above from below, we inadvertently use a model for representing reality, which, in fine print, expresses the only thing that does not exist. And yet this model is efficient as it corresponds to the limits of our vision. However, below this simple ground line hides a universe of possibilities, of unexplored places –existing or awaiting creation.
As the surface of the planet has been entirely brought to our knowledge, what we are dealing with here is the very last frontier yet to conquer for our cities, be them historic or metropolitan. The perception of the underground of cities may well raise concerns at first, as we imagine it dark, damp and uncomfortable. But if we go beyond this prejudice, we will find a much more physical and sensitive image of the groundscape. In fact it offers a potent catalyst for urban networks, a naturally ideal thermal inertia, an unrivalled respect for the landscape, an elegant enhancement of our architectural heritage, and a unique palette of lights.
Furthermore, this frontier is economically at reach, as above all it holds a vast reserve of real estate. For developers, the groundscape opens the possibility of expanding a building with respect for the context. For authorities, it is a major source of revenue as it opens up new sites in central locations.
The groundscape is not necessarily deep. Its depth is a measurement but not a definition.
It is not about living underground, but about properly inscribing our living places within the earth, within this epidermis of the ground, the superficial layer, while remaining open to the sky.
The exhibition is articulated around five different themes that show how DPA’s architectural research on the «groundscape» has been declined over the last 30 years. Each theme was then developed following always the same structure composed by three autonomous parts: Chronicles / Fictions / Atlas.
Introduction:
The first room of the exhibition introduces the general topic of “groundscape”.
1. Artificial soil
This room shows DPA’s works where the architectural project coincides with the construction of a new urban or natural soil.
2. Wells
This room presents a series of «high depth» architectural and infrastructural projects.
3. Glass Soil
This room presents a series of radical renovations projects, where new functional programs were placed below existing buildings and covered under glass canopies.
4. Geography
This room presents projects which deal with landscape and natural topography.
5. Devices
In this room the visitor can discover all those DPA projects where architecture was used as a device to bring natural light into underground spaces.
6. Videos
In this room we set-up a video projector presenting a 7 minutes 3D animations describing abstract and more realistic «groundscape» projects.
Three layers: Chronicles, Fictions, Atlas
Fictions
Literally an “imaginary construction”, the word “fiction” assumes here the purposes of argument or explanation, willingly falling in line with a long heritage of “à la française” architectural utopias. Pleasantly witted, their sole ambition is to open minds to a new approach of the metropolis and its heritage by redeveloping its roots. It is therefore through a strategy mimicking that of botanical cuttings that the fictions revisit the monuments and architectural icons of the Greater Paris area, suggesting new ways to better acclimatize them to a metropolitan ground that is both fertile and in perpetual motion.
Atlas
The “Atlas” is a work of research and identification that DPA has developed around the concept of “Groundscape”. This system of both formal and conceptual references allows an integration of DPA’s underground experimentations within an intellectual framework that transcends the field of architecture. The Atlas therefore is more than just a collection of documents; it is a fundamental tool within the research process through which we claim both the autonomy of architecture as discipline and the need for a cross-disciplinary dialogue at the same time.
Chronicles
Since the 1985 project of the University of Law and Letters of Angers, Dominique Perrault has designed more than 55 groundscape projects over a period of almost thirty years. The exhibition is organized around a selection of the practice’s projects, presented as working documents showing the continued research on the underground. These snapshots of the life of the office freeze three stages of the project: the conception through the sketches, models, and perspectives; the implementation alongside images of the construction sites; and finally the realized design through the eyes of the camera.
“Groundscape, Chronicles and Fictions”
DPA Exhibition Gallery, Paris
2014-2015
More information:
www.dpa-x.com

The BCV Foundation has awarded Dominique...

Dominique Perrault will participate in the... 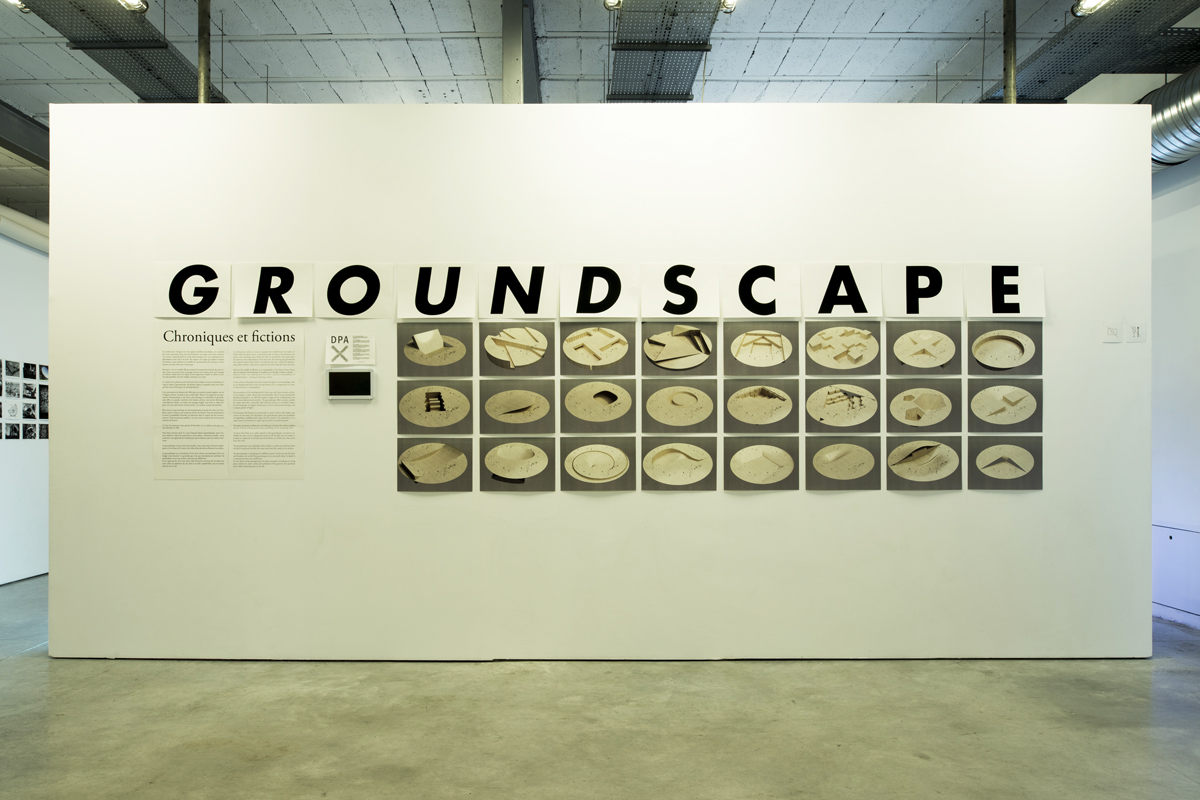