programme
· The former palace, 20,168 m ² : asbestos removal and entire rehabilitation of the metal structure, 5 courtrooms including a great formal room (41 members and 300 seats), translation booths, adjoining deliberation rooms and hall of low courts.· The ring, 16,851 m ² : offices dedicated to the law offices (judges, Advocates General and their colleagues), 40 member offices, great deliberation room.· The towers, 34,208 m ² : offices on 24 floors (107 meters high) for all translation services (1,000 persons and 23 languages). · Building at the foot of the towers, 5,079 m ² : administration offices, additional services, archives.· The gallery, 24,131 m ² : vertebral column which ensures the functional unity between the former buildings and the newer constructions. It contains the restaurants, the library (84 seats and 7.5 km of shelving), professional training rooms, public services (kiosks, banks…) gives direct access to the towers, the ring and the Court-house. · The public esplanade and the parking area, 23,589 m ² : it leads to the main entrance of the Court, in the axis of the Rue Charles-Léon Hammes. 700 parking spaces are located under the esplanade for the used of the Court members.

Inauguration of the 5th extension of the...

5th extension of the european court of... 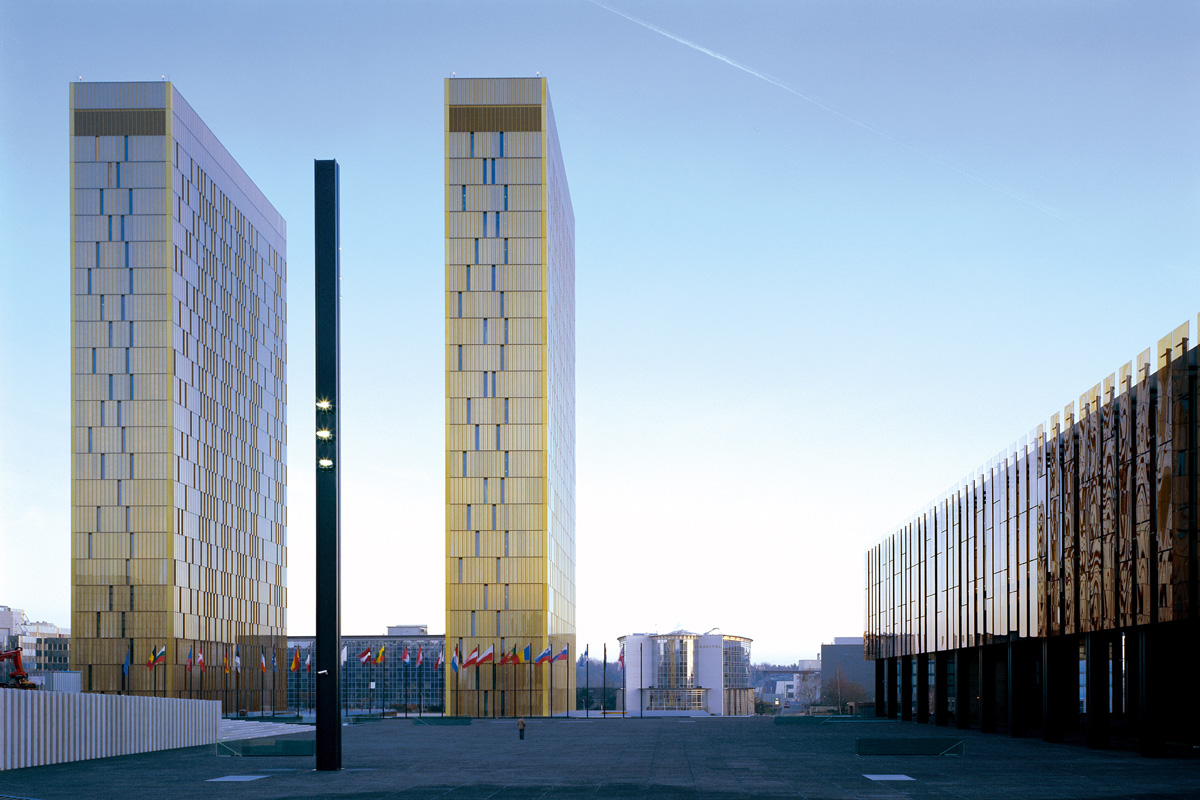