chargement
SUIVANT
Jonathan Glancey
“Let there be light”
The Guardian, 2 December 2008
"Located on top of the Kirchberg plateau, separated from Luxembourg City by a deep ravine, the court was until recently a rather soulless place. Perrault has succeeded in introducing an unexpected playfulness. "I like those cities you find in Spain, Austria or Bavaria," he says, "which have patches of wonderful and unexpected colour – where buildings have been designed to bring some nice architectural weather when conditions are grey." […]
Outside, the twin 100-metre-high towers are reminiscent of Oscar Niemeyer's National Congress Building in Brasilia. In cityscape terms, they have been designed with the same end in mind - as eye catchers, architectural focal points to be seen from afar."

Court of Justice of the European Union

3rd tower of the European Union Court of...

Inauguration of the 5th extension of the... 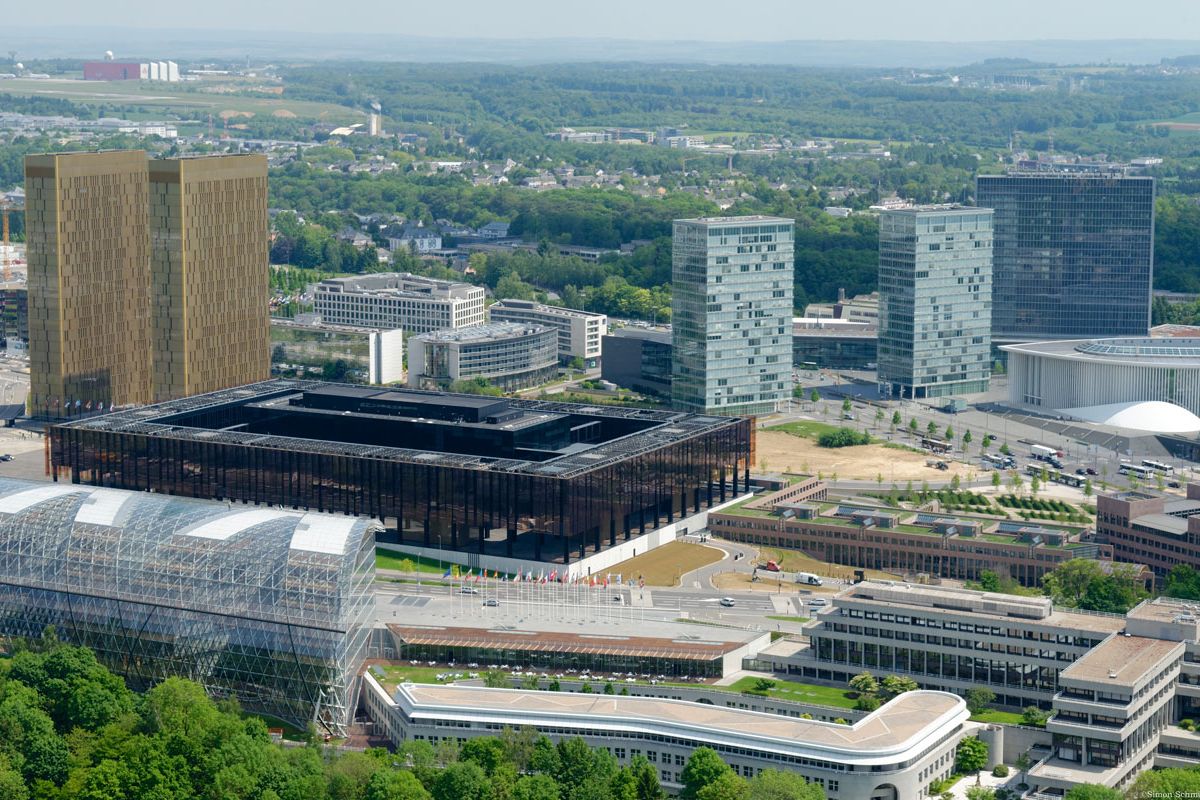