chargement
SUIVANT
This little pavilion, which appears to float on a lake, was commissioned by the Art Front Gallery, whose aim was to build a contemporary interpretation of Noh theater.
Located in the Japanese archipelago, on the island of Honshu, this kiosk is inserted into a remarkable landscape in the heart of the mountains surrounding Tokamachi, in the Shimojyo Jinmei Mizube park, overlooking an artificial lake.
Its overall layout and structure are directly inherited from Japanese theater architecture, but any hint of pastiche is carefully avoided: four pillars placed at six meters apart mark the square of the stage and support the roof, according to the traditional configuration. It also includes a Hashigakari, or bridge symbolizing the passage between two worlds, the one of yesterday and the one of today. Here, the innovation mainly concerns the roof. Crowning the stage, this covering is cut into multiple square fragments oriented in every direction. These faces, clad in mirror-polished stainless steel leaves, reflect the natural landscape, the stage, and the actors, and, like a kaleidoscope, transform them into a myriad of splintered, abstract, and shimmering images. This optical illusion, by extending the stage of the theater, blurs its spatial limits, substituting for a fixed surface an endlessly changing ensemble of flat tinted areas and patterns, further strengthening the presence of the landscape in the pavilion.
client City Tokamachi
architect Dominique Perrault Architecture, Paris, France
+ partner Kanetsu Sougou Kikaku Sekkei (Kazuo Watanabe)
location Kaino River Park, Tokamachi, Niigata, Japan
superficy 86,86 m²
beginning of conceptual design February 2005
completion July 2006 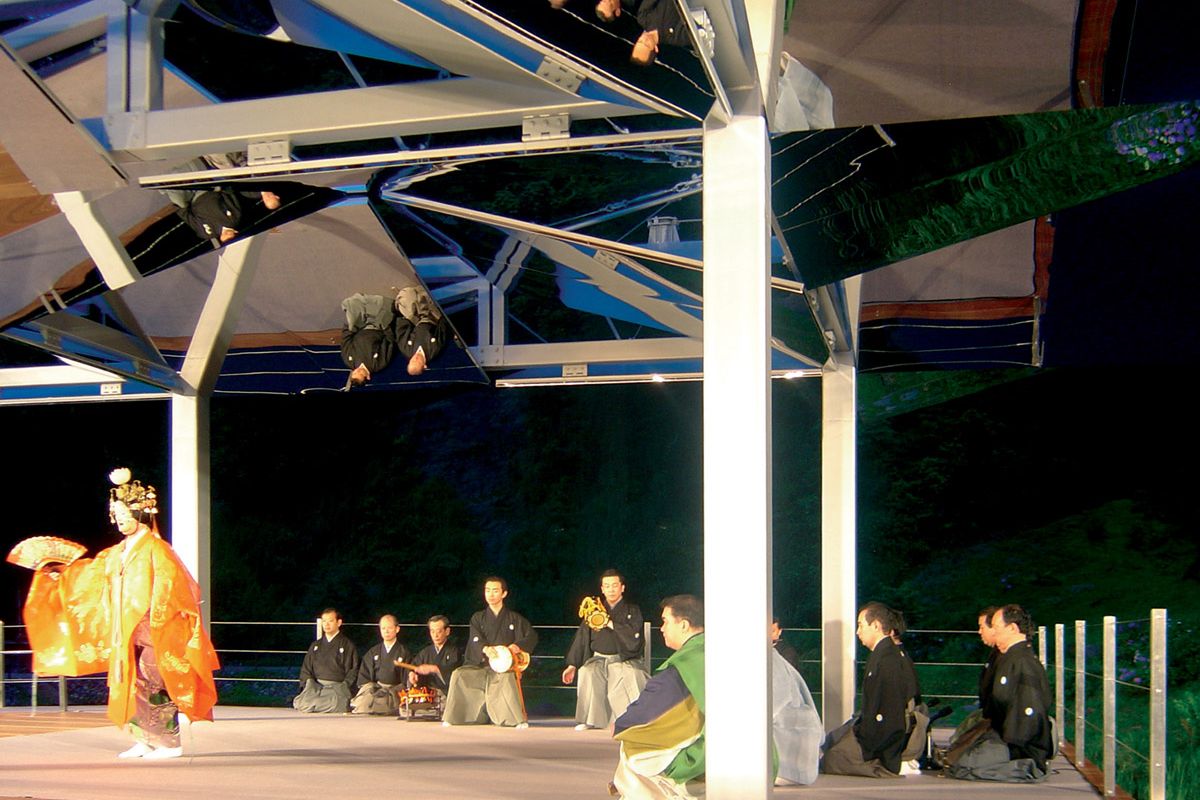