chargement
SUIVANT
Located between the Zurich Altstetten station and the future hockey/volleyball stadium, the building is enclosed between the railways lines and the highway A1.
It is constituted by a 5-storeyed base of offices put together supporting 3 towers equally sized. It is aligned on the street, in the right angle of each of the towers, so it marks the addresses on the public place. The work withdraws between the towers, as an invitation to invest the passages which are leading to the protected park. A limited footprint allows the arrangement of a vast planted garden behind the building, bringing some fresh natural air to the district. To assure the animation of the building on each side, and to protect it from the nuisances of the rail, the access to the building has been put on the park side.
The organization of the volumes, the withdrawals, the passages and the architecture of the intermediary level of the terraces (whose legibility is stressed by the presence of a wide glazed roof which extends beyond the sides of the building) give an exceptional permeability to the building, considering its density.
client Steiner + Credit Suisse, Zurich, Suisse
architect Dominique Perrault Architecture, Paris

Foundation stone of the Vulcano Project in...

Progress of the Vulvano construction site 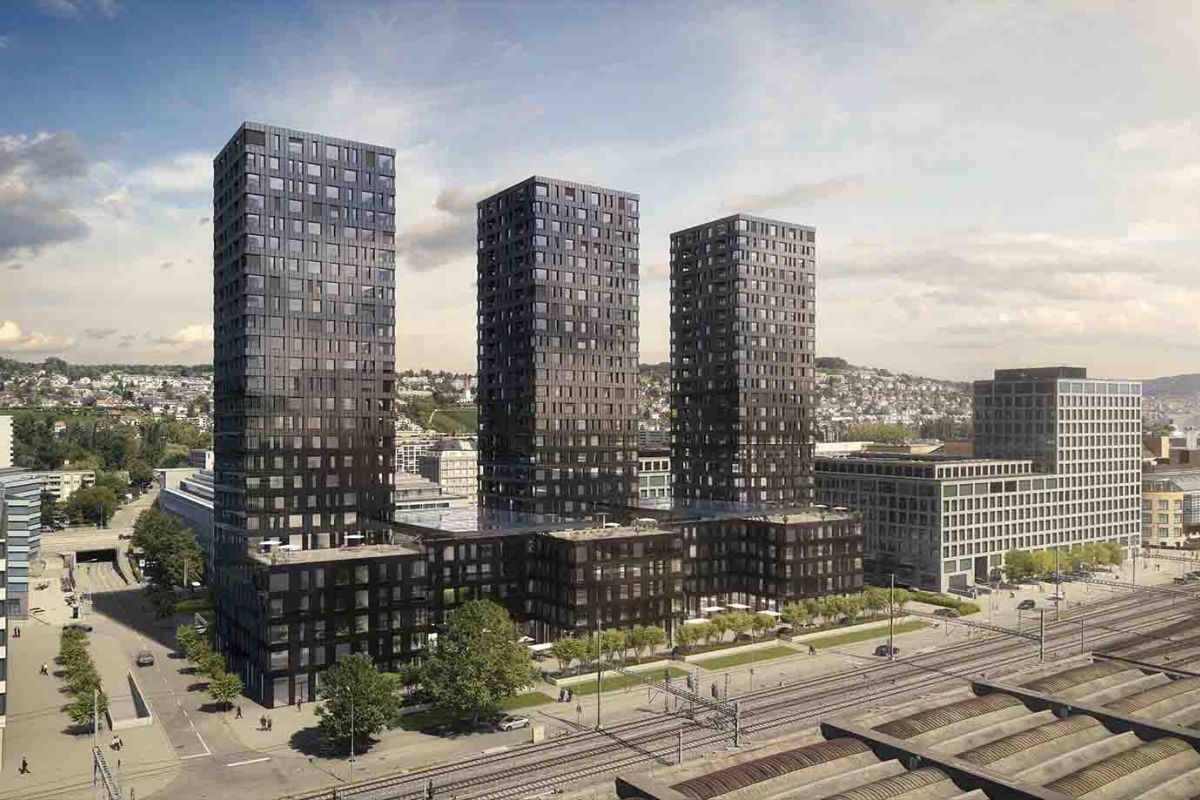