chargement
SUIVANT
Sebastian Redecke
“Cycling-stadium, Berlin”, Domus n°812
February 1999
"Perrault’s Berlin sports buildings are unique in the city if for no other reason than that they are largely underground. The plot consists of an almost square plateau ten hectares in extent, which has been planted haphazardly with 450 decorative apple-trees […]
Between the trees of this “orchard”, planted on a uniform lawn, beyond a steep slope the sports complex itself appears, in the form of two almost totally buried buildings - one, round, houses the Velodrome, and the other: rectangular: the Swimming Baths. The highest point of the roofs of the two halls is only one meter higher than the apple-tree plateau, which in turn, is depending on standpoint, two to five meters above the level of the street. This means that passers-by have an extremely shallow-angle view of the flat roof surfaces. These surfaces are closed, and formed from hundreds of narrow-mesh steel mats mounted on a steel frame. They give rise to remarkable optical effects which vary according to the weather. In glary sunshine the mats appear silvery and sparkling. Especially when viewed from an aeroplane coming in to land at Tegel Airport, they present a spectacular picture full of riddles. The large round shape of the Velodrome rises unmistakably out of the surrounding sea of houses like a glittering jewel. At night, in the view of the architect, they exude a whole variety of different lights, giving rise to a magic atmosphere. Stronger illumination could in fact actually produce the impression." 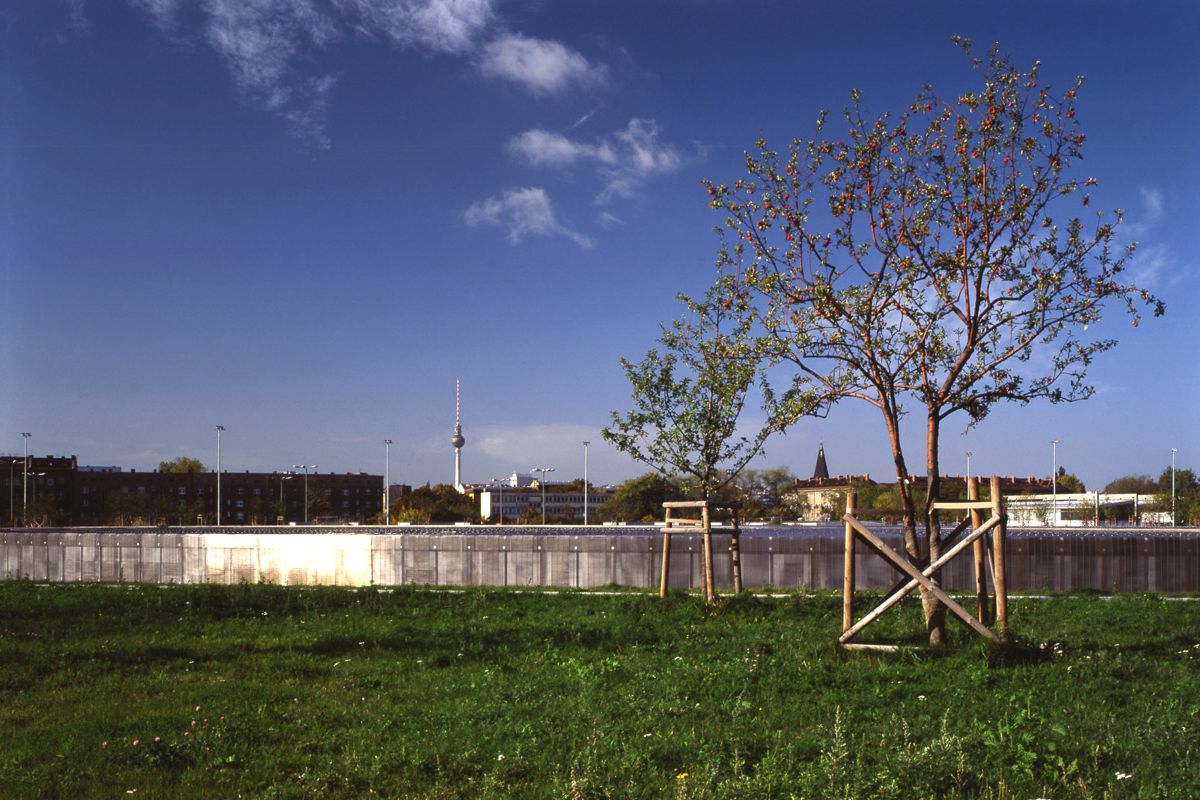