chargement
SUIVANT
With the intention in mind of defining a method and an urban concept capable of orienting the future of the island Sainte-Anne in Nantes, France, facing the historical centre of the City and at the head of the Loire estuary, the Mayor of Nantes decided to set up a study group. The exploratory study aims, in the first instance, to bring together and organise the terms of references which will orientate the debates and reflections such a subject raises. This prospective approach bears in fact, on an extremely important territory and on a set of risks that are particularly significant for the city and its river. The proposals formulated are based on a general analysis of the historical and geographical data, on the overall size of the site, and on diverse aspects of its landscape. They are also enriched by the examination of earlier studies and by the testimony of representatives of the institutions, different businesses and tenants' associations concerned. The main objective here is to initiate a progressive and vital urbanistic undertaking, open to the contributions the future will bring, and exacting where the cultural and social values guiding future changes are concerned.
client City of Nantes 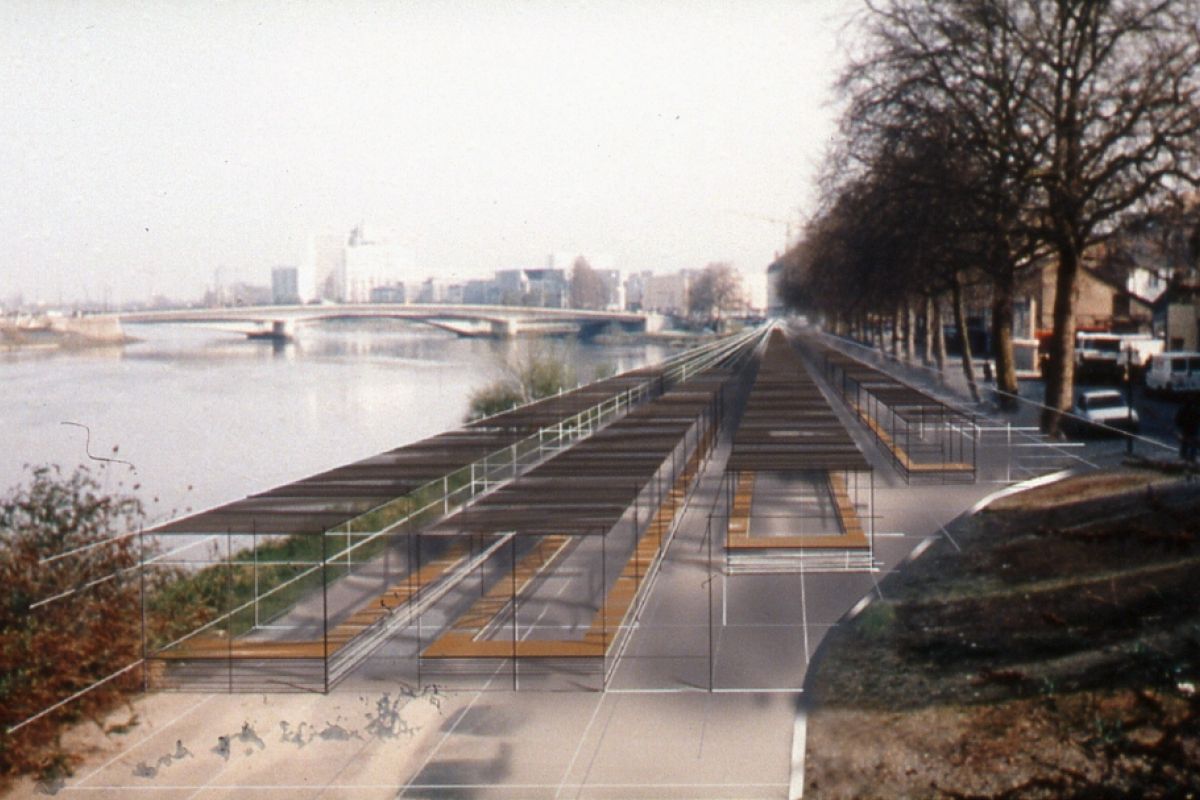