chargement
SUIVANT
Gilles de Bure
Dominique Perrault, (Paris: Terrail Vilo, 2004), pg. 112-113
“In 1989 in his studies for the library, Dominique Perrault invented a new dialectic by radically transgressing the stylistic rules of traditional architecture and by definitively separating himself from any academic vocabulary. He gives shape to this dialectic by developing, in concert with Gaëlle Lauriot-Prévost, a system of ten different designs of metallic mesh, manufactured in Germany, by GKD in Düren, just outside Cologne. Their collaboration resulted in surfaces stretched from floor to ceiling with a single piece of material. Placed end to end, these stretched surfaces, using the ten different meshes, represent a surface area of over 30,000m² – an exceptional performance in terms of economy, installation, durability, maintenance and longevity. And especially, though these are less easily deciphered: games of masks, resonances, overlap, apparitions/disappearances, crossings and transfigurations. All of which testify of an absolutely singular architectural language.
It is pure abstraction, composed of space, time and energy; a freedom of conception and a spontaneous execution expressed in terms of texture and pulsation; rhythms and perspective that generate curves ad counter-curves, just as much as stretched and thwarted forms. The fabric is transfigured – no longer acting as a signal of space, but more as an allusion to space, echoing in this the style of the American abstract painter Cy Twombly, for whom “the line doesn’t illustrate, it is the perception of its own realization.”
More information
Woven mesh I
Woven mesh II
Woven mesh III
Spots

The French National Library is 20! 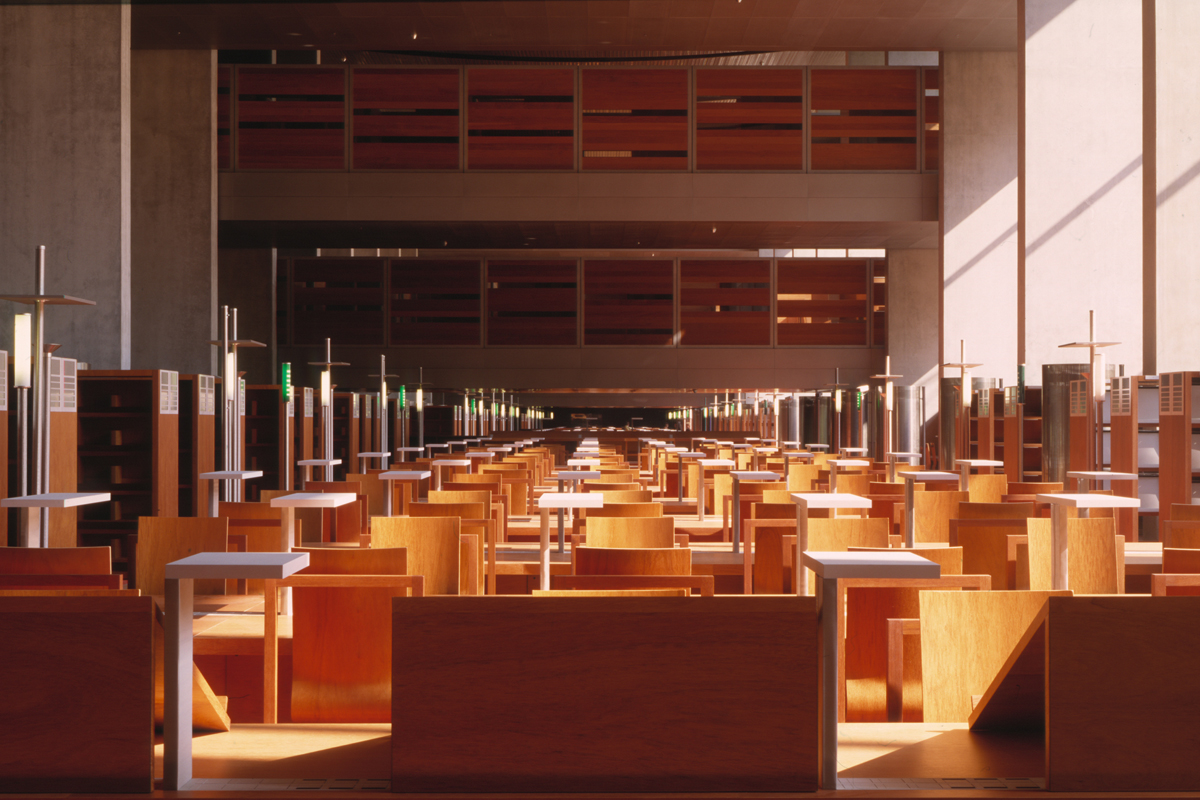