chargement
SUIVANT
The chosen site was an industrial brownfield on the east side of Paris, situated in the interstice between the Seine and the railway infrastructure of the Gare d’Austerlitz. This project was intended as the first phase in the construction of an entirely new district, an urban mix of housing, offices, and activities, to create a new pole of attraction rebalancing the relation between the east side of the capital and the rest of the city.
Rather than build an edifice whose volume would inevitably be monumental, we preferred to establish a place, that is to say, an open public space with a garden at its core. Because of its location and its program, the project raises major interlocking urban, landscape and architectural issues. This is why in our proposal we link three main images, each answering to these fields: the plaza – on the scale of Paris, the open book – silo underscoring the object of study, and the cloister – place of ambulation and transcendence.
In Paris, the course of the Seine is punctuated by a series of “great voids”: the esplanade of the Champ de Mars and the plaza of the Trocadéro, the esplanade of the Invalides, the Place de la Concorde, the Jardin des Tuileries, and the Jardin des Plantes. Our proposal is inserted into this necklace of public spaces, adding a new piece. In fact, it involves creating a new “place pour Paris,” a large plaza for the east side of the city.
The interplay of variations in height associated with the system of roadways emphasizes the library’s influence in the neighborhood. Though the topography of the 13th arrondissement gently slips into the Seine, the esplanade forms a horizontal surface that melds into the Avenue de France to the southwest, and gradually detaches from the adjacent streets overlooking the river. The gentle topography formed by the wooden steps naturally guides users toward the center of the belvedere, which they finally reach after passing through a thickness of woods. 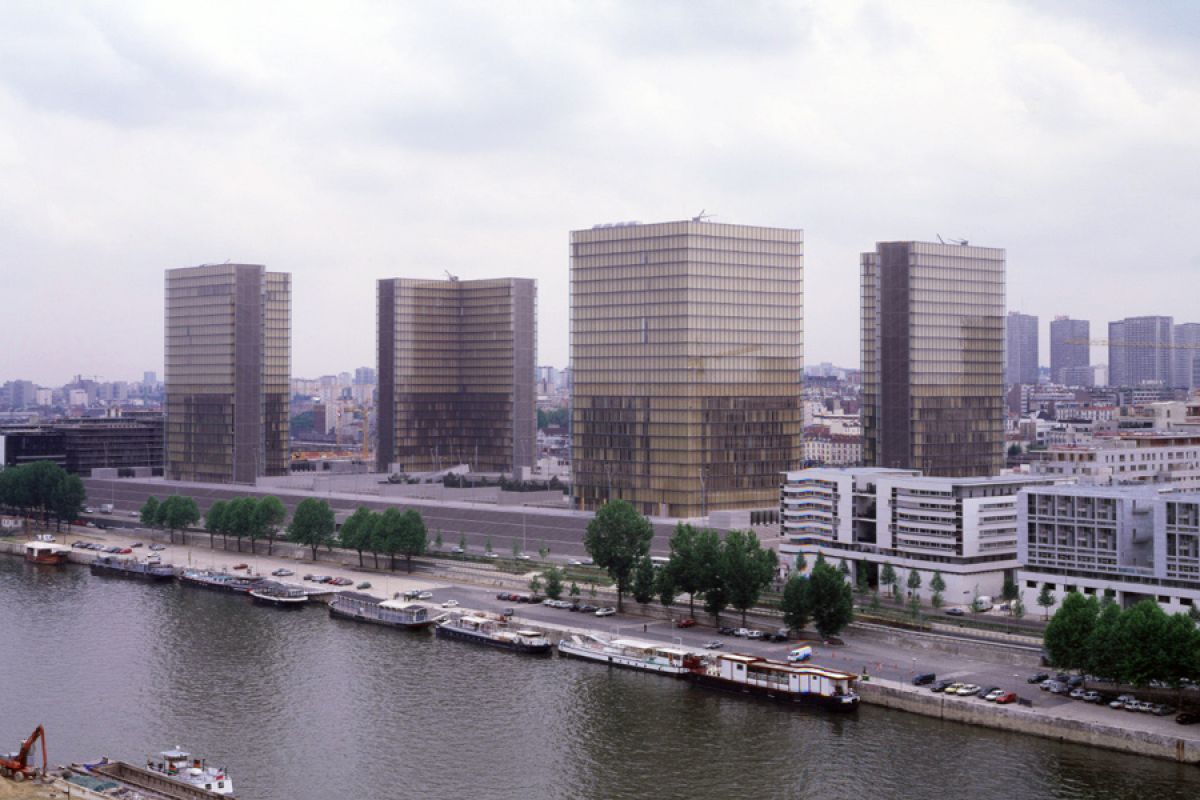